July 21, 2014
Hi guys,
My hair has been through a lot of manipulation these last couple of weeks so I decided to give it a well deserved break. I had been dreaming of crochet braids for a while but I was a little hesitant because of how my last crochet braiding went. Remember? It took over 6 hours and was so heavy I had to remove them almost immediately. All in all I was desperate to put my hair in a protective style so I manned up and tried my hands on crochet braids once again. This time it was a lot better, faster and lighter. The reason? I used a bigger bobby pin and I used a different brand of Marley hair.
﻿﻿

I used this Marley braiding hair from Supreme. It was really light. I used one and a half packets: 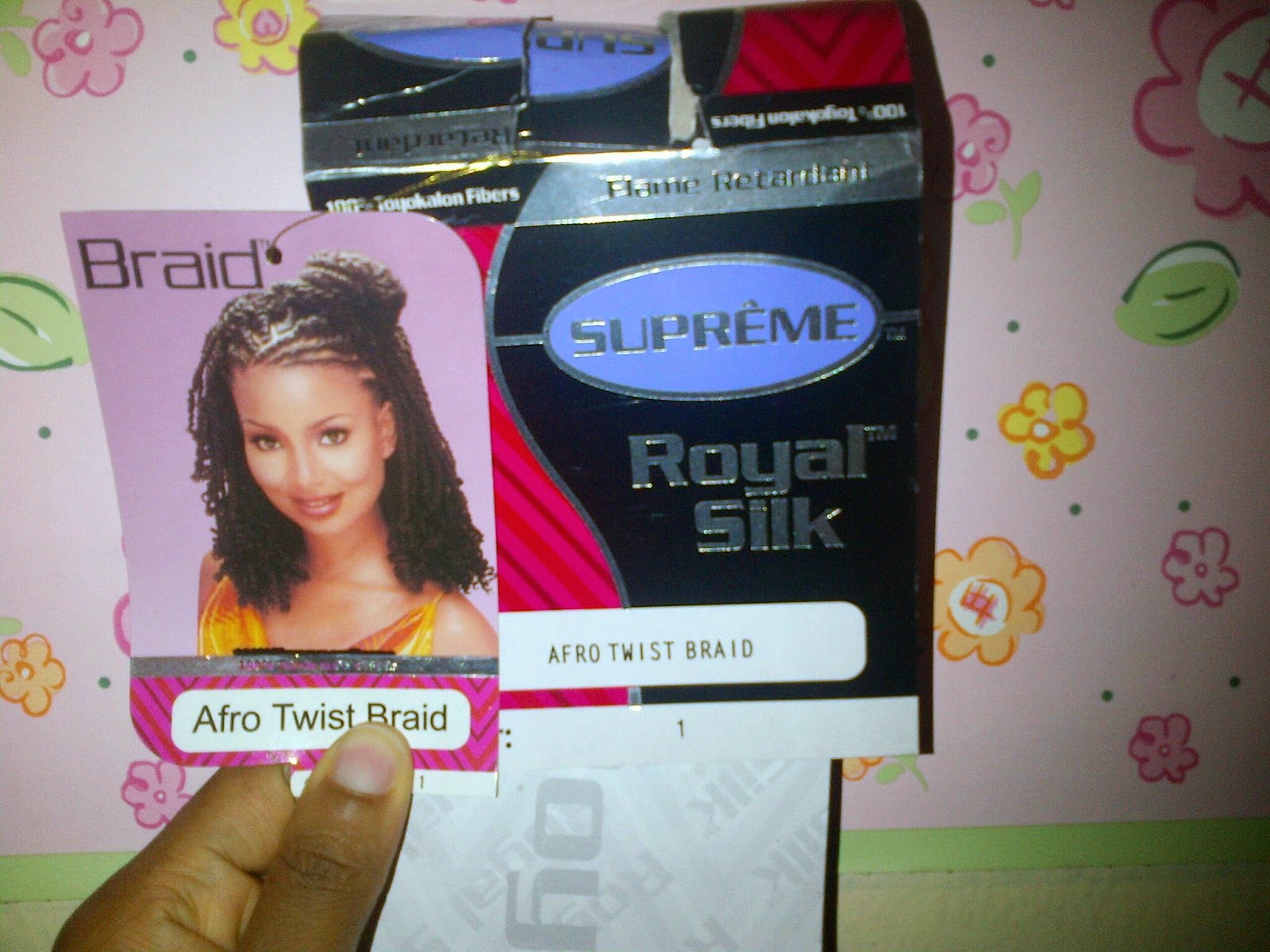 The Marley hair was too long for me. I wanted medium length braids so I had to figure out how to trim them without getting those annoying blunt ends. I asked a hairdresser and she told me I could cut the braids and then pick them out. That is, after cutting the braid you start pulling the hair out until the ends become uneven like so: 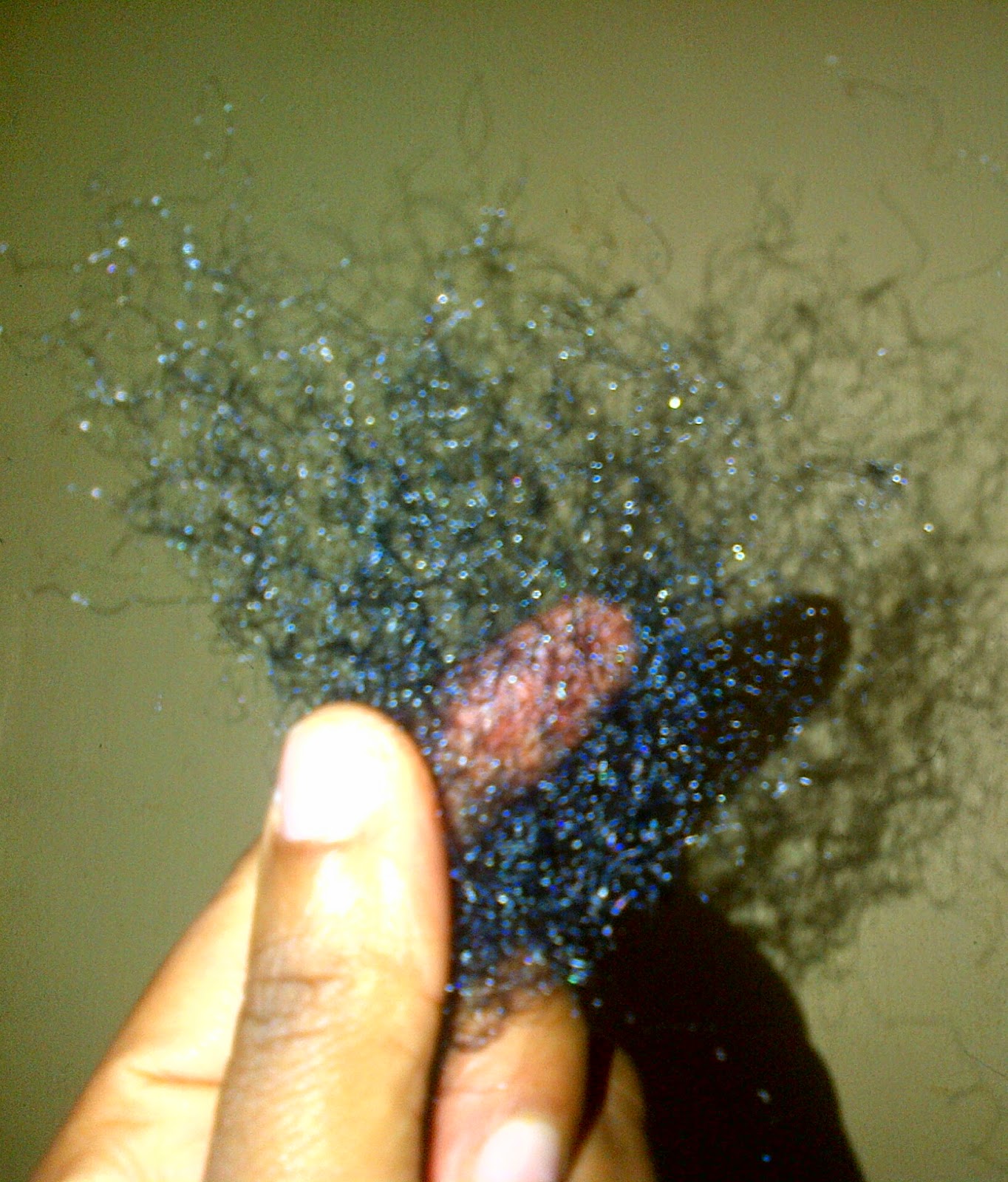 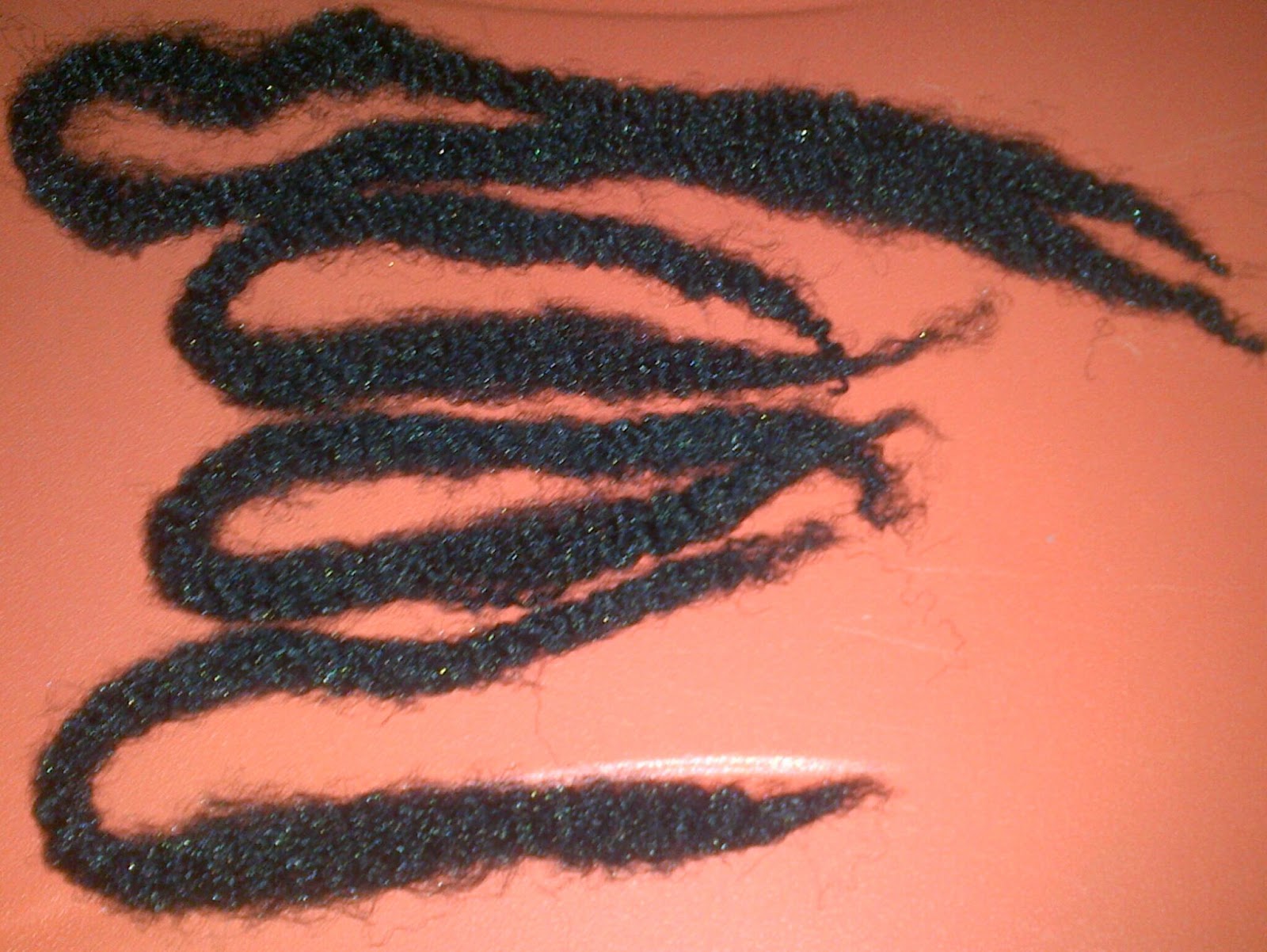 I did 8 big cornrows straight to the middle of my head and 3 zigzagged rows at the bottom half of my head. The cornrows are really ugly so viewers discretion is advised.

I started from the last row. I put in the extensions just the way I described it HERE. It was really simple. The bigger pin was a Godsend. The extensions went in faster and as a result I was done with the back in about 1 hour. 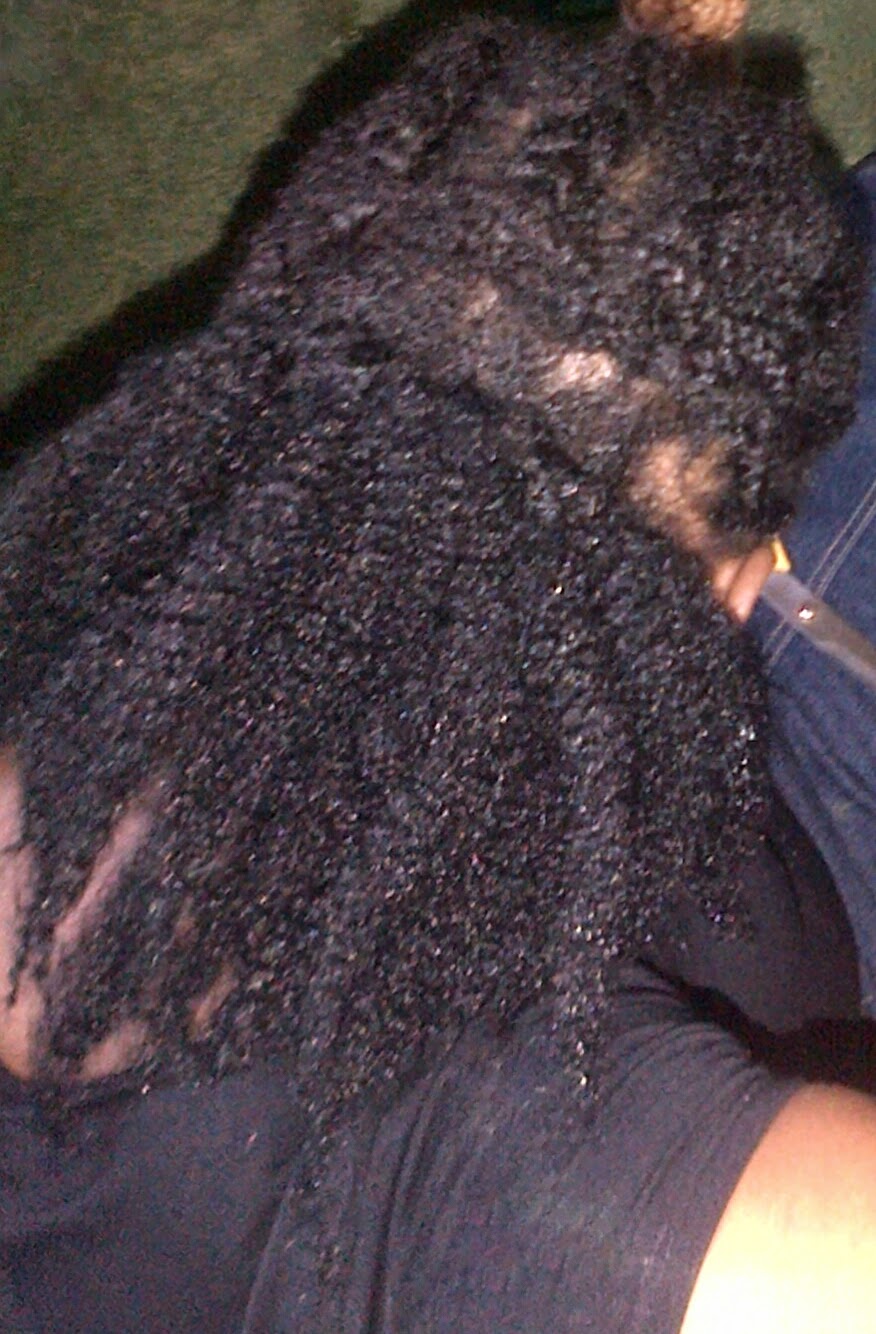 After completing the 3 rows at the back, I started installing the braids from front to back along each row. 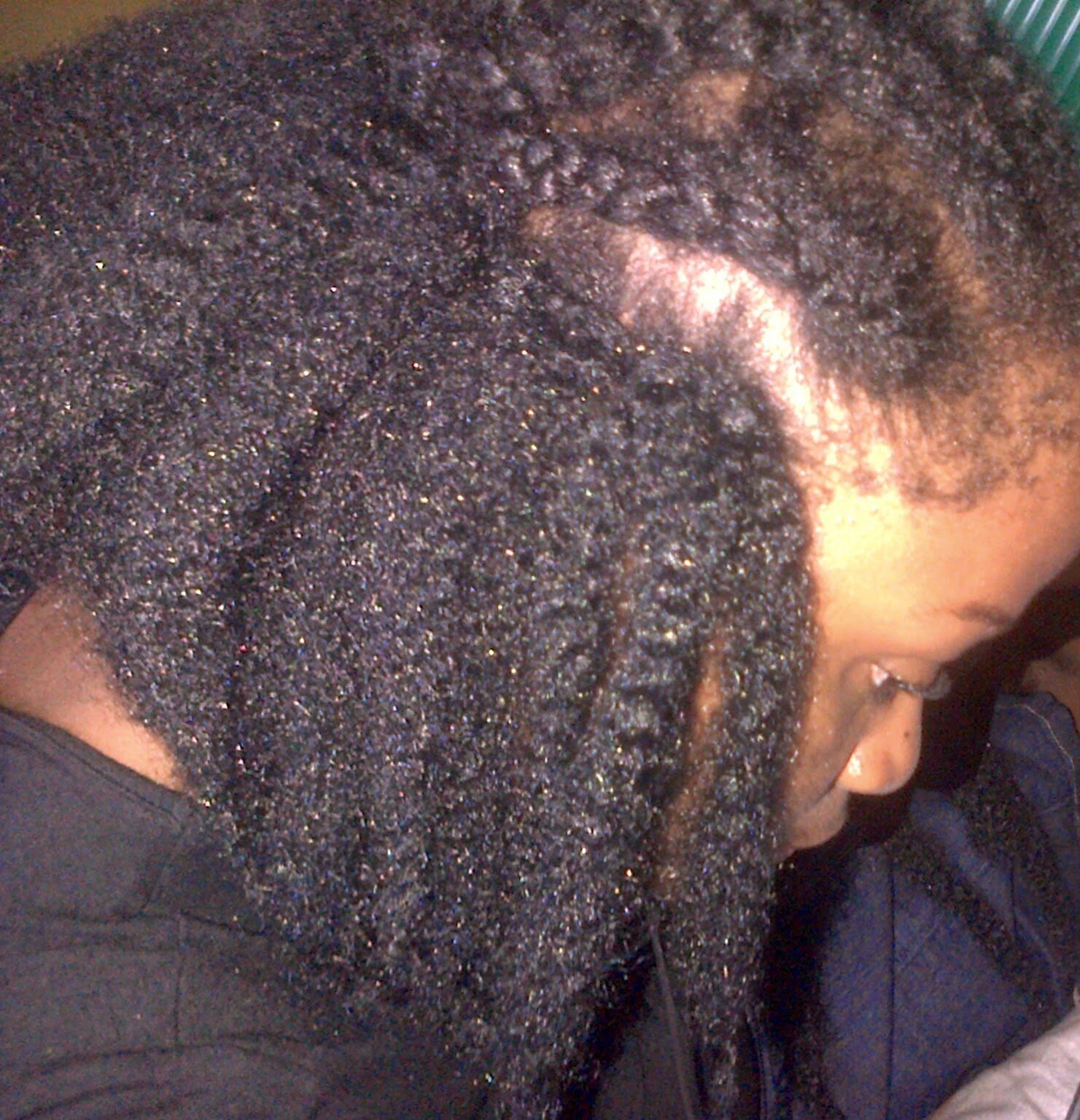 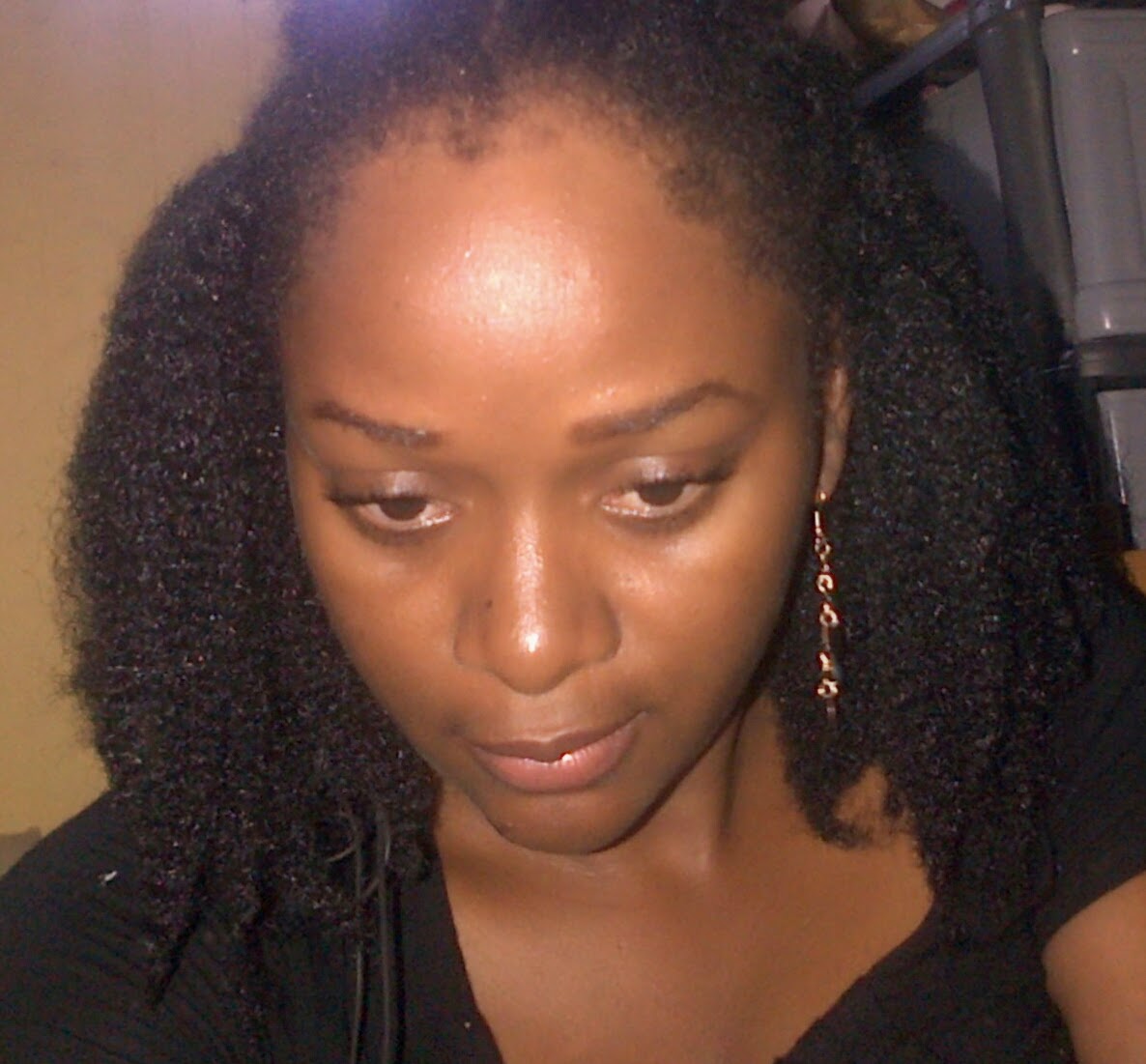 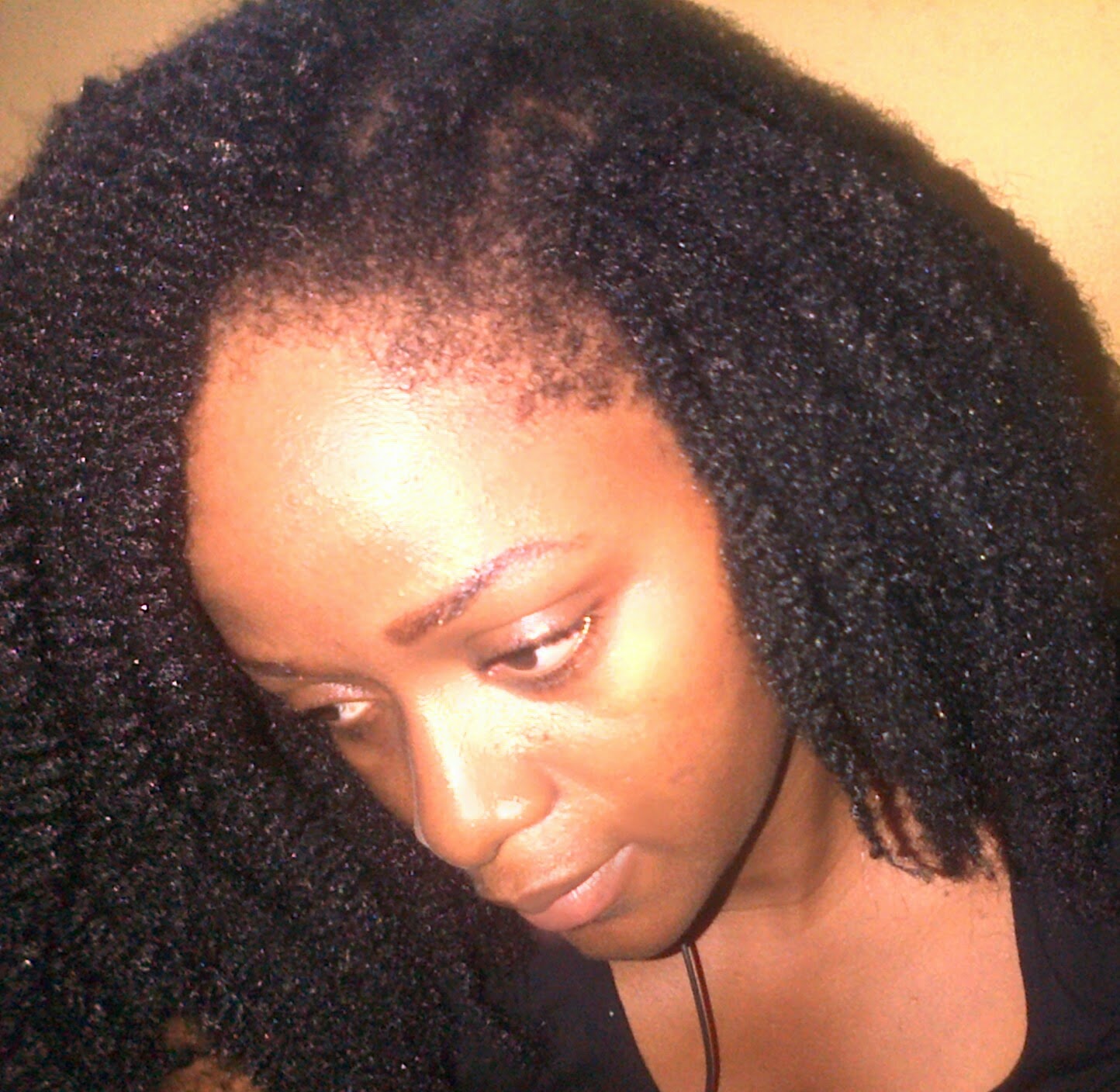 All done! Well not quite. I got tired of cutting and rolling the extensions so I installed the front pieces without cutting. They came out looking like this:

I had to trim the ends and do the pick and roll stuff to get them nice and pointy: 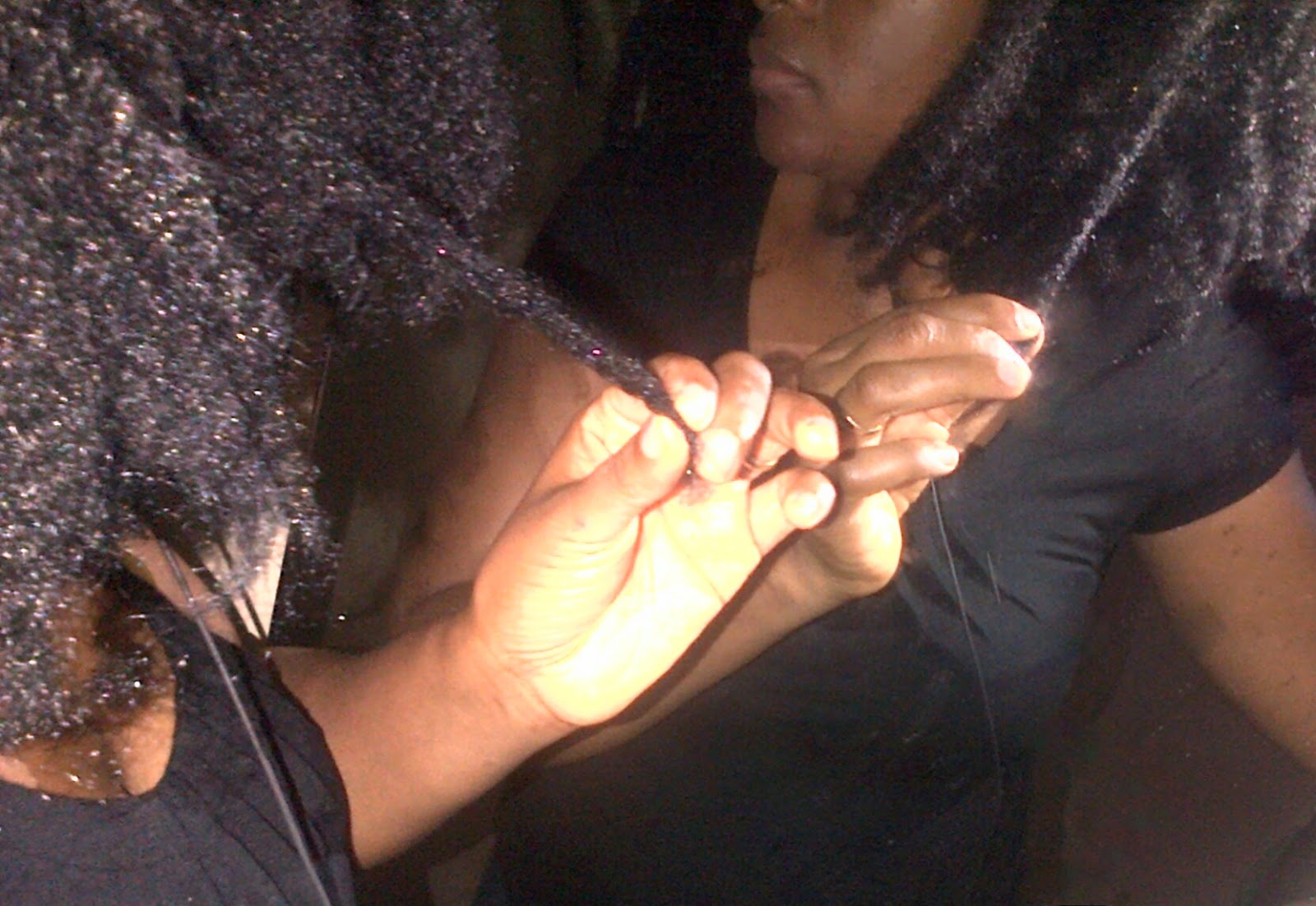 My happy face after 4 hours of hard work!

Here are some looks I rocked with this style: 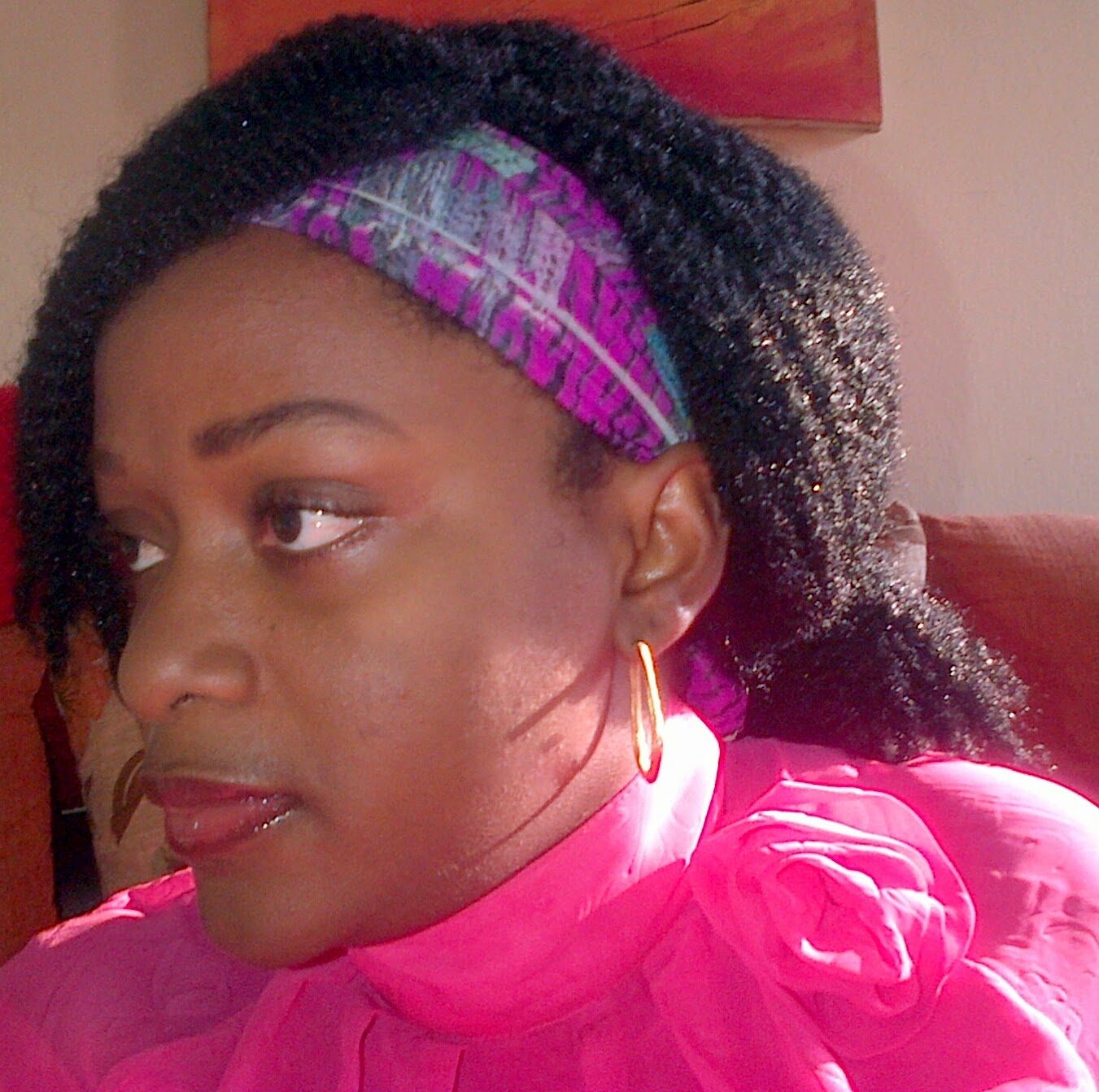 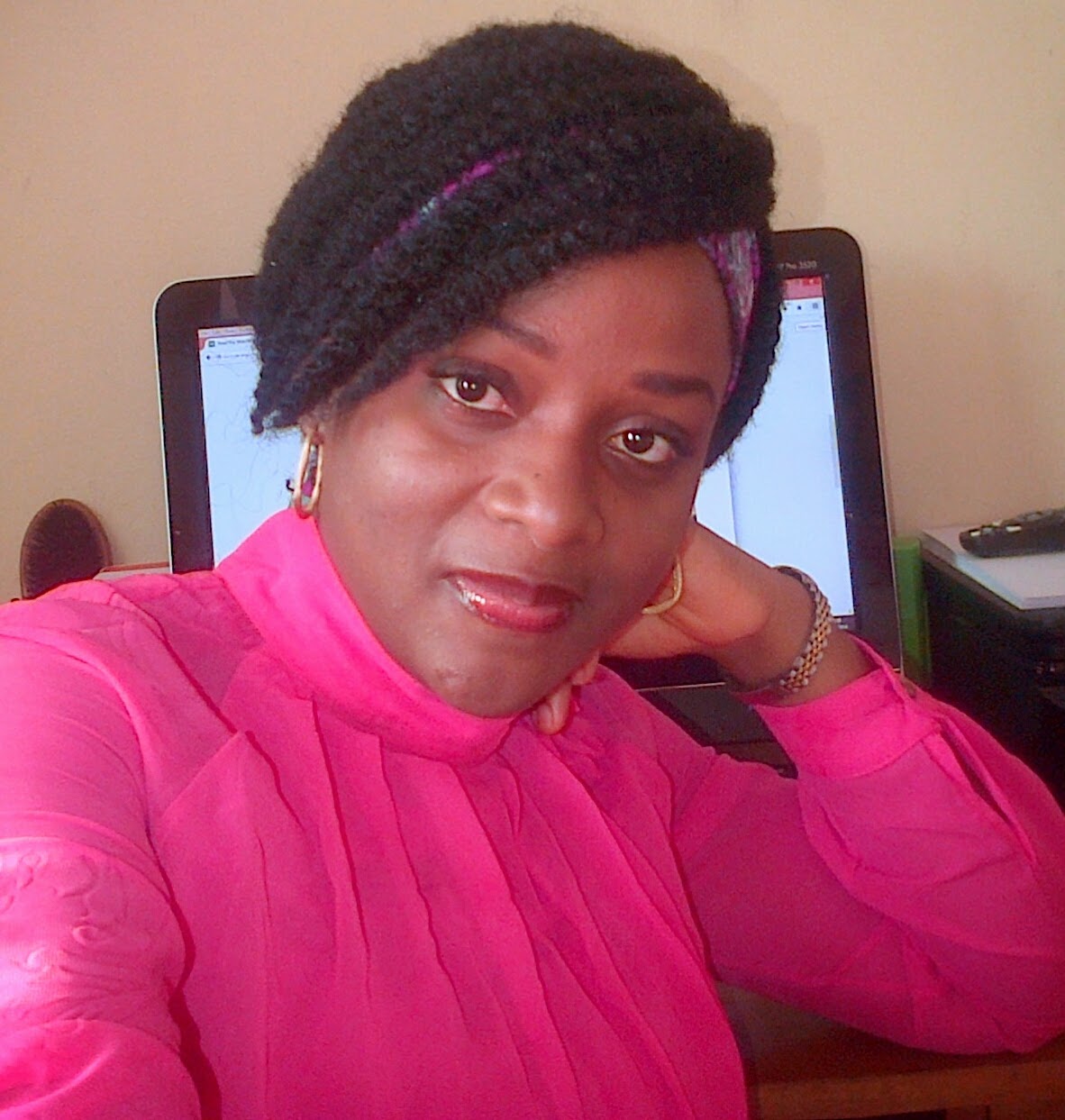 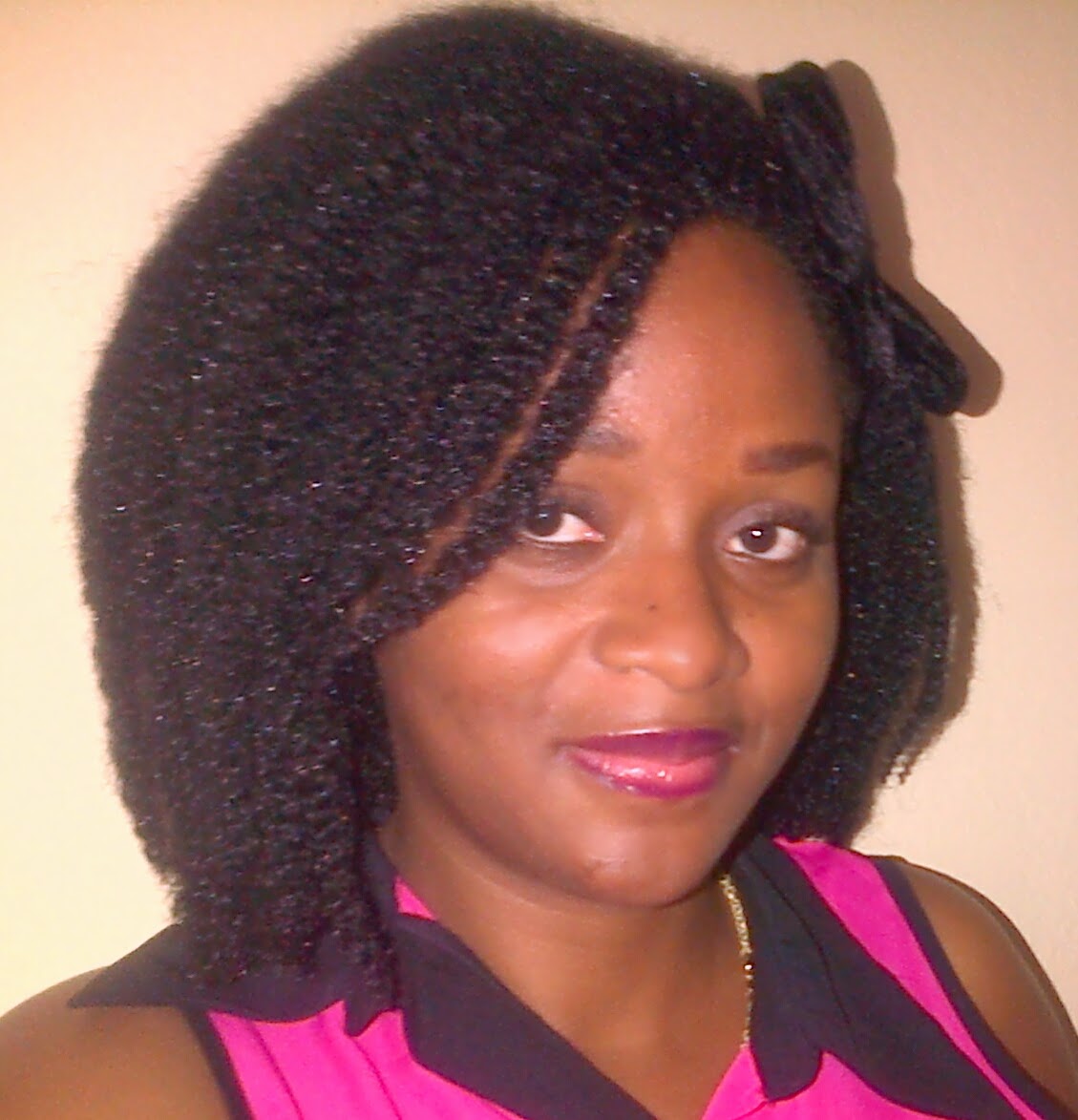 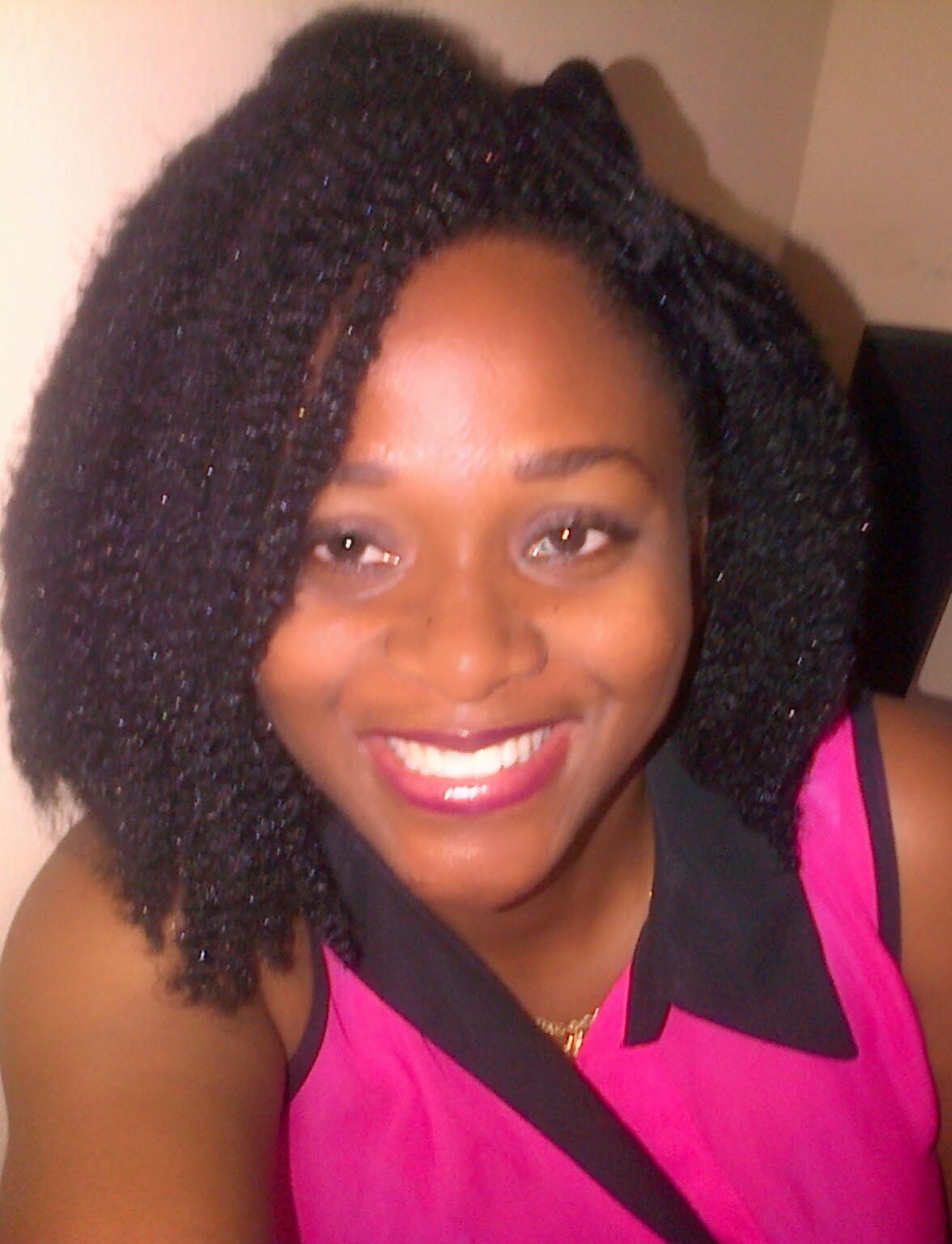 I was really happy with these extensions. They are super light, no tray-of-cocoyams feeling this time. The big bobby pins made the work faster. I was done in 4 hours only because I was chatting on Whatsapp and also cutting and rolling the extensions. If I had prepared the extenstions beforehand I think I would have been done in 2 hours. I missed my fro after 11 days so I took them out and co-washed. Next on my agenda are short crochet braids. Keep a date with me!!

Popular posts from this blog

DIY// HOW TO MAKE AN APPLICATOR BOTTLE

September 05, 2016
Hi guys,      I hope you are all doing well. I have missed blogging so much and I feel really good that I can now so it more often since my schedule is getting a bit less crowded. I also hope you like the new blog design.     If you live in Nigeria then you are aware that things are getting out of hand financially. The recession is hitting really hard and it seems no one is immune. Inspite of this I do not want my Fro to suffer so I am working on making a lot of homemade products and utensils to ensure my hair doesn't feel the strain of the harsh economy.    Today I will be showing you how to make an APPLICATOR bottle from any old plastic bottle you have at home. Why bother you ask? Read my post about different ways to use an  Applicator bottle .       Let's get right into it. Here's what you'll need: Small plastic bottle with cover A candle/lighter/gas A match stick Scissors METHOD 1. Remove the bottle cover from the bottle. Using the scissors hold t
21 comments
Read more

The best way to comb your natural hair

September 27, 2013
Hi there,   Combing natural hair has always been a problem. There is a lot of pain involved but that's not the only challenge combing presents. Combing your hair is a major cause of hair breakage, remember those balls of hair you remove from your comb each time you comb?  Here are some tips to help you minimize breakage from combing: Use the right tool  Never use a fine tooth comb for your hair. It is better to use a wide toothed comb. This will reduce hair breakage. If you must use a fine tooth comb ensure you have thoroughly detangled and combed with a wide tooth comb first. Also make sure the teeth of the comb is seamless to avoid ripping out your hair as you comb. ﻿ Avoid these ﻿ Much better Comb your hair only when it is damp  Your hair is weakest when it is dripping wet and so combing it then will cause it to break.On the other hand combing your hair when it is dry will also break it off because your hair is not as flexible as it should be. When your hair
21 comments
Read more